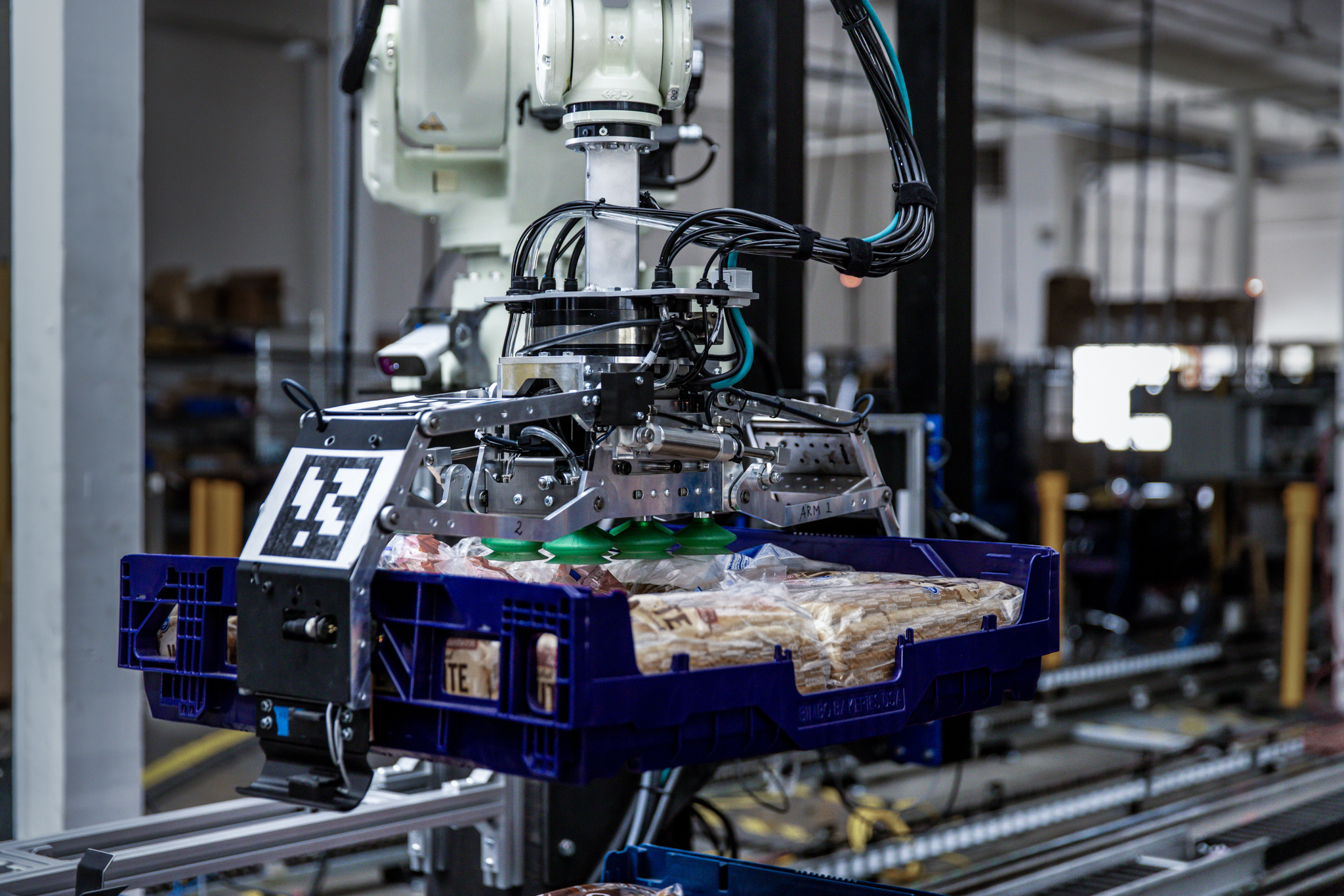 In a modern warehouse, demands are always changing. One minute a robot may be sorting a load of packages and the next it may have to estimate how long it will take to move a specific package to a specific destination. The scenarios are ever-changing and success requires quick, deft responses. Which is why Dexterity has built a suite of tools that imbues robots with the intelligence to navigate just such a complex workplace.

‍
Through a combination of artificial intelligence (AI), computer vision, force control, and multi-layered software, Dexterity’s system has the ability to solve its own problems. Each software layer handles a narrow band of responsibilities and then passes data or instructions to the next layer: either upward, toward the user, or downward, toward the robot. For example, if a customer wants robots to grab crates from a conveyor belt and stack them on a cart, Dexterity developers encode only a high-level description of the actions; the lower layers of software then figure out how to execute the task.

‍
“We can write code to immediately effect change upon a physical environment,” Dexterity’s founding engineer Robert Sun says. “It’s almost like telekinesis. You say, ‘I want something done,’ and then it gets done.”
The platform can also tweak its plans on the fly to clear bottlenecks. Given the variability of workflow in a warehouse, tasks don’t run strictly by the clock. If a product arrives damaged, for example, a robot might take longer to handle it — moving it slowly and placing it gently. The rest of the system reschedules other robots in the fleet to ensure there’s no ensuing bottleneck.

‍
Keeping a whole team of robots working efficiently is a complicated problem, requiring intricate coordination and timing, which is why the Dexterity platform was designed to streamline a customer’s overarching logistical strategy. Dexterity’s control system acts as a manager, distributing and scheduling tasks among the robot team and monitoring progress in case assignments need to be adjusted.

‍
What’s more, as the robots work, they’re collecting data. Every task they complete supplies the system with new information: the optimal way to grab a tub of liquid, the weight of a box with a particular barcode, the proportions of a securely stacked pallet. The system assimilates each new data point into its AI models, and that intelligence is shared, not with just one robot or one customer, but across Dexterity’s entire fleet.

‍
“We feed all the data we collect through a single pipeline for continuous learning — every single image, every single decision,” says Ben Varkey, a founding engineer at Dexterity. “Any improvement one robot makes, all of our customers get the same advantage, improving throughput and pick accuracy of their systems.” 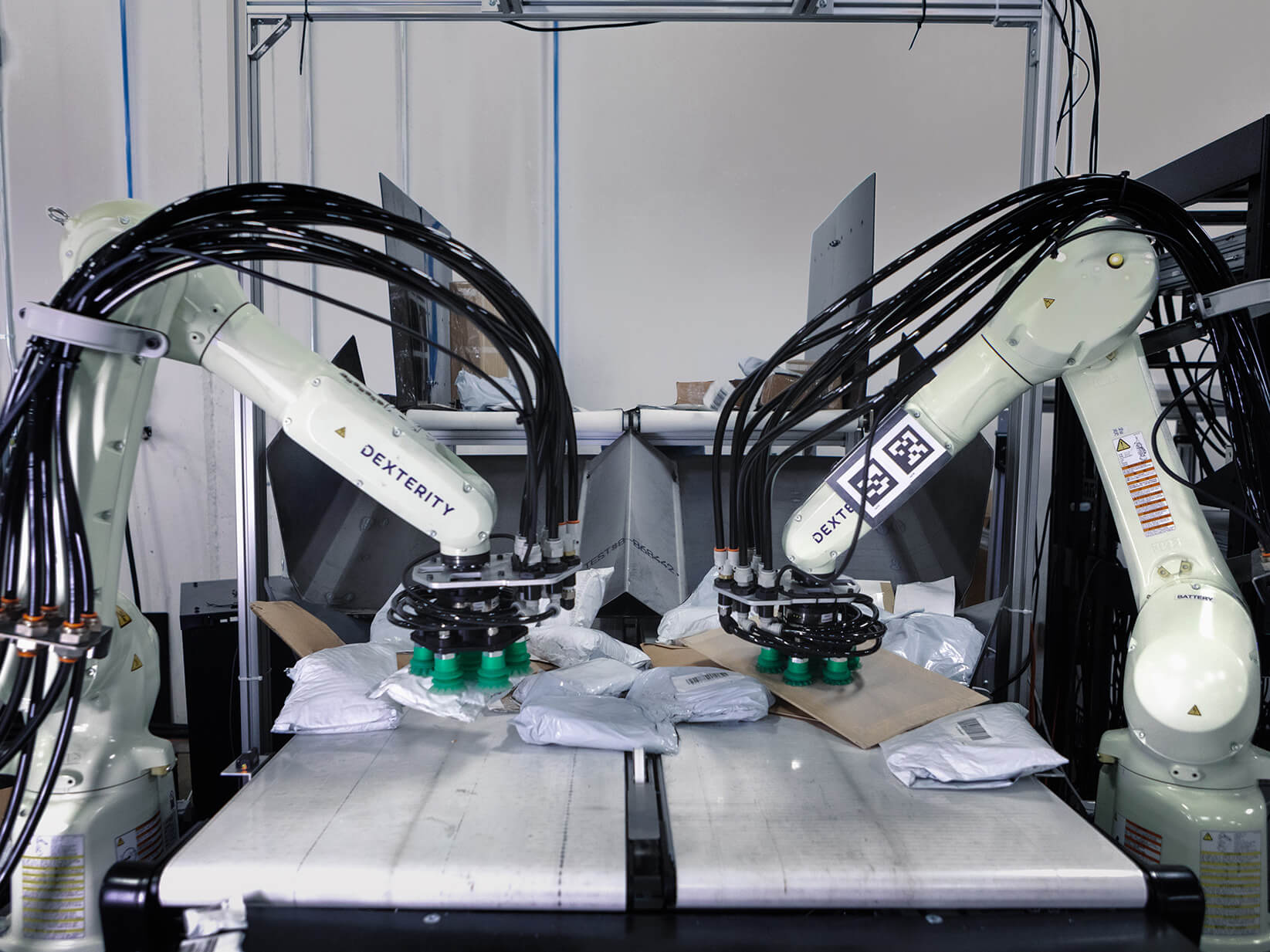 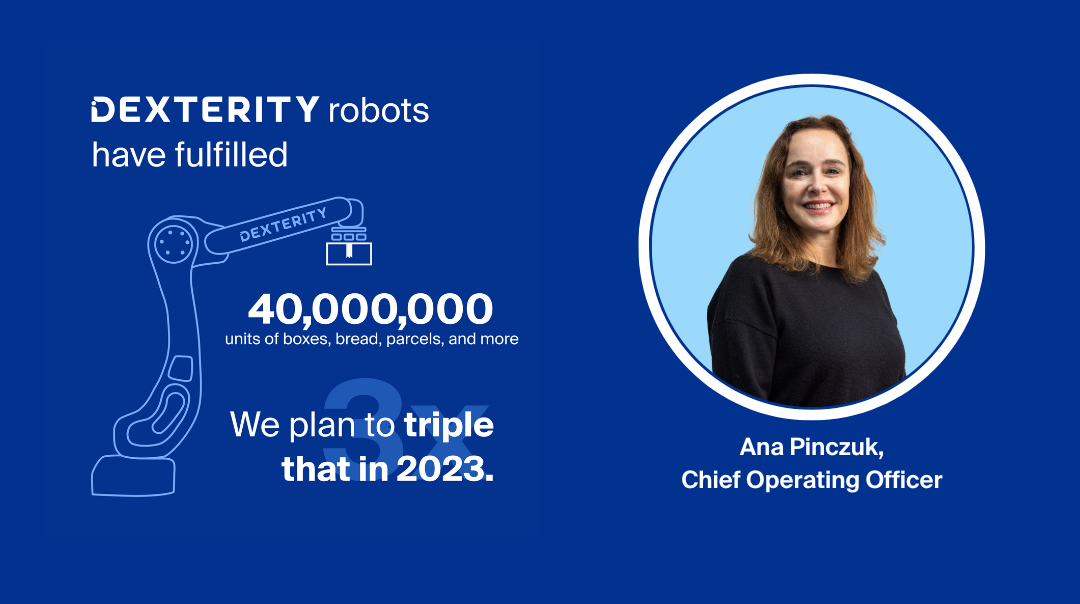